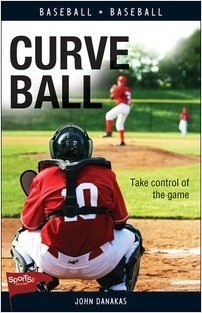 On his old team, Tom Poulos was a star catcher. But his new team is different. For one thing, all the players are older and bigger than him. For another, no matter how hard he tries or how hard he practices, he can’t catch the curve balls that the pitcher sends flying over the plate. Tom feels like he’s letting the team down, a feeling that gets worse once a new catcher joins the team and Tom is benched. Can Tom find a way to regain his rightful place behind the plate?

John Danakas is the author of five children's novels and one non-fiction book for young adults. He lives in Winnipeg, Manitoba.