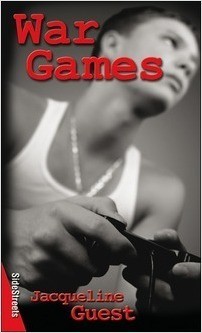 Ryan Taber’s father is about to deploy for his first tour of duty with the Canadian army in Afghanistan. Ryan lives his days on an army base in Alberta, and spends his evenings at the CyberKnights cafe, playing his favorite video game, Desert Death. At CyberKnights, Ryan meets the Desert Death ultimate champion and becomes entangled in a world of danger and deceit that begins to resemble the very real circumstances his father is facing overseas.