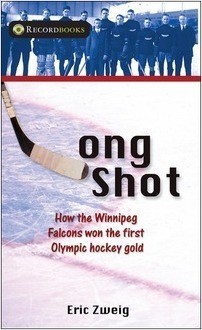 How the Winnipeg Falcons won the first Olympic hockey gold

The sons of Icelandic immigrants and friends since boyhood, the Winnipeg Falcons were a superbly talented team of just eight players who brought home Canada’s first Olympic gold medal in hockey in 1920. But before they became world champions, the Falcons endured years of prejudice on and off the ice.

Author and renowned hockey historian Eric Zweig brings to life the fascinating story of the little team that wouldn’t quit.

Eric Zweig has written about sports for many major publications. He has also been a writer/producer and written several popular books for both adults and children. He lives in Ontario, with his family.