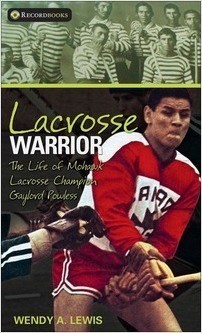 Gaylord Powless was playing lacrosse by the age of three. His father was a famous player who taught Gaylord everything he knew. But Gaylord’s tremendous skill and native ancestry made him a target on and off the lacrosse floor. Gaylord learned that the best revenge was to improve his game. He became a standard for sportsmanship and skill and a pioneer in promoting equality for Canadian athletes of all ethnic backgrounds.

Wendy A. Lewis is the author of several books for teens as well as several popular picture books. She lives in Uxbridge, Ontario, with her family, where she also teaches writing.