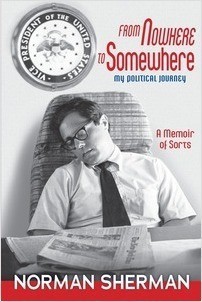 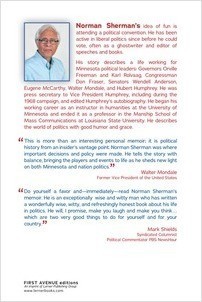 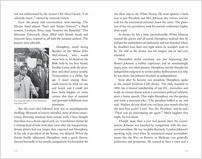 From Nowhere to Somewhere

Norman Sherman’s idea of fun is attending a political convention. He has been active in progressive politics since before he could vote, often as a ghostwriter and editor of speeches and books.

His story describes a life working for numerous political leaders including Minnesota Governor Orville Freeman, and Minnesota senators Wendell Anderson, Walter Mondale, and Hubert Humphrey. He was press secretary to Vice President Humphrey, including during the 1968 campaign. He describes the world of politics with good humor and grace.