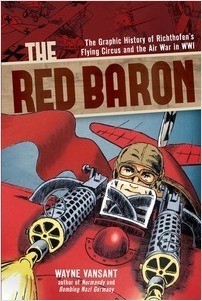 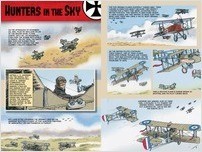 From the Series Graphic Histories

In The Red Baron, graphic artist and author Wayne Vansant illustrates the incredible story of Manfred von Richthofen, whose unparalleled piloting prowess as a member of the Imperial German Army Air Service made him a World War I celebrity both in the air and on the ground. Vansant beautifully depicts the fearsome intelligence and mid-flight awareness that would earn Richthofen 80 air combat victories—from his rough beginnings, to the years he spent commanding Jasta 11 from the cockpit of his fabled red plane, to his eventual leadership of the infamous “Flying Circus,” named for the group’s colorful aircraft and mobile airfields.

Writer and artist Wayne Vansant was the primary artist for Marvel's The 'Nam for more than five years.