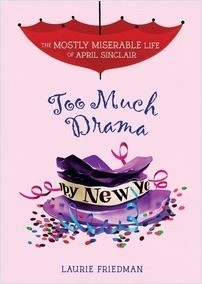 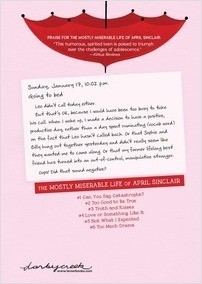 A few months into freshman year, April thought her rocky friendship with her childhood BFF, Brynn, was improving. But then Brynn blames April for the breakup with her boyfriend, Billy, and soon other girls on the dance team do too. Meanwhile, April’s cousin Sophie seems to like Billy—and vice versa—putting April awkwardly in the middle. On top of it all, April can’t figure out what to make of being maybe-friends-maybe-more with sixteen-year-old genius Leo, now that he’s leaving for college a few hours away.

“[S]ure to delight fans of the series, with special appeal for middle grade readers. . . . April’s future is captivating enough to have readers anticipating the next book.”—VOYA

Natasha Shaloshvili is a professional illustrator whose work has appeared in fashion magazines, on corporate websites, in outdoor ads, and in clothing prints. She lives in St. Petersburg, Russia.