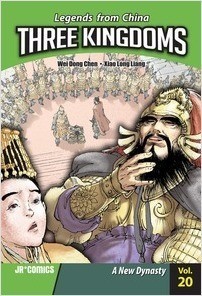 For several decades, China has been torn apart by civil war, as feudal lords and power-hungry tyrants vied for control of the Han Dynasty. What began as a conflict between eighteen lords and became a battle between three kings now rests in the hands of a new generation, who must finish their ancestors’ work if China is to be a unified nation once more.