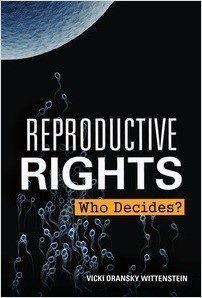 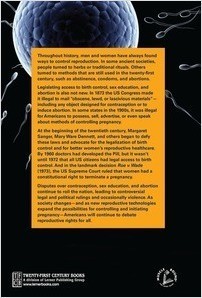 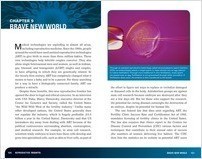 Throughout history, men and women have always found ways to control reproduction. In some ancient societies, people turned to herbs or traditional rituals. Others turned to methods that are still used in the twenty-first century, such as abstinence, condoms, and abortions.

Legislating access to birth control, sex education, and abortion is also not new. In 1873 the US Congress made it illegal to mail ‘obscene, lewd, or lascivious materials’—including any object designed for contraception or to induce abortion. In some states in the 1900s, it was illegal for Americans to possess, sell, advertise, or even speak about methods of controlling pregnancy.

At the beginning of the twentieth century, Margaret Sanger, Mary Ware Dennett, and others began to defy these laws and advocate for the legalization of birth control and for better women’s reproductive healthcare. By 1960 doctors had developed the Pill, but it wasn’t until 1972 that all US citizens had legal access to birth control. And in the landmark decision Roe v Wade (1973), the US Supreme Court ruled that women had a constitutional right to terminate a pregnancy.

Disputes over contraception, sex education, and abortion continue to roil the nation, leading to controversial legal and political rulings and occasionally violence. As society changes—and as new reproductive technologies expand the possibilities for controlling and initiating pregnancy—Americans will continue to debate reproductive rights for all.

“Though slim, this volume packs a wallop, taking an exhaustive look at the history of human reproduction and the prevention thereof. . . . Wittenstein leaves no stone unturned. . . . [An] impressive resource.”—starred, Booklist

“[A] solid overview of a multifaceted and complex subject. . . . Well written and impeccably researched, this volume will appeal to budding activists and feminists and to those concerned about human rights.”—School Library Journal

“The interplay of complex political, medical, and societal issues involved in reproductive rights is clearly explained and placed in its historical context. . . . A valuable resource.”—Kirkus Reviews

Vicki Wittenstein grew up in Maplewood, N.J., and has lived in Brooklyn, N.Y. with her husband and two children for many years. She received her BA in American Civilization and Urban Studies from the University of Pennsylvania, and her JD from Cornell Law School. After prosecuting criminal cases as an Assistant District Attorney in Manhattan, she began writing articles for children's magazines, including Highlights For Children, Odyssey, and the Best of the Children's Market. She has also been an advocate for children and families. Recently, she received her MFA in Writing for Children and Young Adults from Vermont College of Fine Arts. Her first book, Planet Hunter: Geoff Marcy and the Search for Other Earths (Boyds Mills Press 2010), received the 2011 Science Communications Award from the American Institute of Physics. For The Good of Mankind?: The Shameful History of Human Medical Experimentation (Twenty-First Century Books) will be published in the fall of 2013.

It’s a tricky topic, but kids deserve to know the facts about reproduction, sex, gender, relationships, and consent. Here’s a collection of books that your shelves should hold for kids to educate and empower themselves. How Do You Make a Baby? Interest Level: Grade 4 – Grade 7 Reading… View →