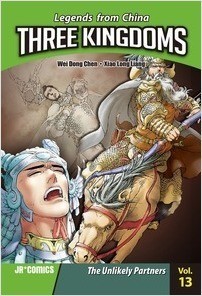 From the time Bei Liu swore to defend his nation, he has learned to rely on a handful of people to help him survive. But as his power grows, so do the number of people who surround him—some by choice and some by arrangement. Bei Liu is wary of new allies, but he will soon learn that sometimes people are a whole lot more valuable than they seem.