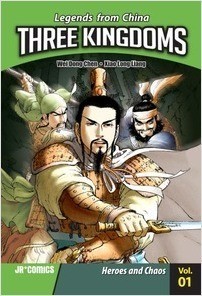 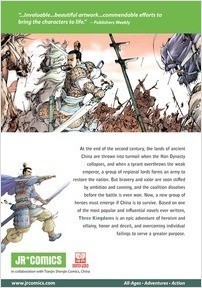 At the end of the second century, the lands of ancient China are thrown into turmoil when the Han Dynasty collapses, and when a tyrant overthrows the weak emperor, a group of regional lords forms an army to restore the nation. But bravery and valor are soon stifled by ambition and cunning, and the coalition dissolves before the battle is even won. Now, a new group of heroes must emerge if China is to survive.

“Lots of information and lots of fight scenes are packed into this compact book, which will definitely be educational for readers….The illustrations are colorful and filled with action, using an eye-catching mix of panel shapes and sizes that will help readers follow the story.” —School Library Journal