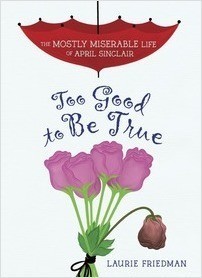 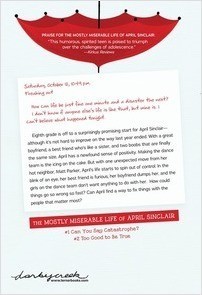 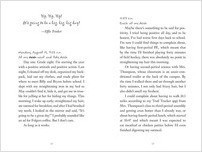 Too Good to Be True

Eighth grade is off to a surprisingly promising start for April Sinclair―although it’s not hard to improve on the way last year ended. With a great boyfriend, a best friend who’s like a sister, and two boobs that are finally the same size, April has a newfound sense of positivity. Making the dance team is the icing on the cake. But with one unexpected move from her hot neighbor, Matt Parker, April’s life starts to spin out of control. In the blink of an eye, her best friend is furious, her boyfriend dumps her, and the girls on the dance team don’t want anything to do with her. How could things go so wrong so fast? Can April find a way to fix things with the people that matter most?

“The protagonist isn’t always likable, as she can be self-centered and not mindful of other’s feelings, but her behavior and conversations with herself authentically echo that of many kids her age.” —School Library Journal

“Friedman’s portrayal of the emotions experienced by a young teenage girl… is sure to connect with young teen readers…. The short, engaging chapters will be especially appealing to reluctant readers.” —VOYA

“Whether or not readers are already acquainted, there’s plenty here to compel them to share the character’s joys and angst.” —Booklist Online

“Friedman sensitively explores the emotional upheavals that sometimes accompany the middle school years….Readers will empathize as April displays spunk and resilience in addressing her mistakes and remaining true to herself.” —Kirkus Reviews 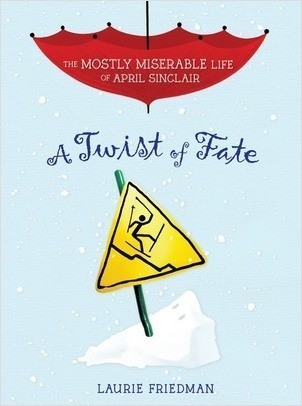