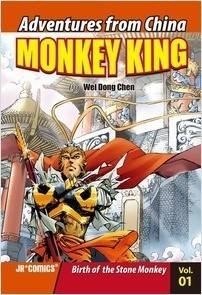 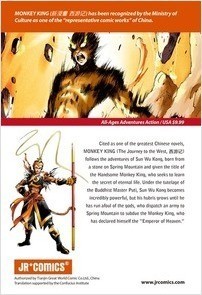 Birth of the Stone Monkey

Monkey King follows the adventures of Sun Wu Kong, born from a stone on Spring Mountain and given the title of Handsome Monkey King, who seeks to learn the secret of eternal life. Under the tutelage of the Buddhist Master Puti, Sun Wu Kong becomes incredibly powerful, but his hubris grows until he has run afoul of the gods, who dispatch an army to Spring Mountain to subdue the Monkey King, who has declared himself the “Emperor of Heaven”.

“There may be children in the world who don’t wish they were monkeys. This book will change their minds.” —Kirkus Reviews