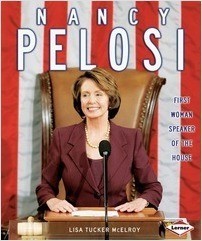 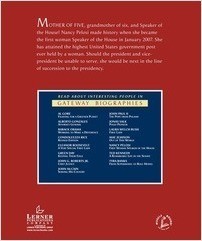 First Woman Speaker of the House

Mother of five, grandmother of six, and Speaker of the House! Nancy Pelosi made history when she became the first woman Speaker of the House in January 2007. As second in the line of succession for the U.S. presidency, should something happen to the president and vice president, she has attained the highest political position ever held by a woman.

“This upbeat, laudatory biography gives young readers a brief look at Pelosi as a politician and first female speaker of the House of Representatives in addition to being a wife, mother, and grandmother.” —The Horn Book Guide