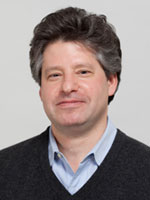 Adam Lerner began his publishing career in 1991, working for Barnes & Noble and a number of New York publishing houses. In the late 1990s, while working as a rights manager and director at Farrar, Straus and Giroux, he was instrumental in negotiating and contracting the film rights of the picture book SHREK to Dreamworks. Adam returned to Minneapolis in 1998 to take a leadership role within Lerner Publishing Group Inc. In 2001 he was appointed president and publisher and in 2007 became chief executive officer of Lerner Publishing Group.

Adam Lerner holds a bachelor’s degree in Art History from the University of Minnesota and currently serves as the chairman of the advisory board to the university’s English Department. He has also served on the boards of the Children’s Book Council, Coffee House Press, Minnesota Book Publishers Roundtable, and the Minnesota Library Association Foundation.

Harry Lerner, Chairman of the Board 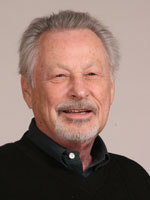 Harry Lerner, chairman of the board, was a GI stationed in Germany when he started publishing a guidebook, distributed by Stars and Stripes, for servicemen who wanted to purchase cars while serving overseas. The guidebook helped them select cars and provided information on traveling in Europe. When he returned to civilian life, Harry finished college and began publishing a magazine, Sporting Goods Journal. In 1959, he switched to publishing children’s books with a series of medical books aimed at helping children through their childhood illnesses. This was the start of Lerner Publishing Group Inc., which today produces more than 400 titles per year.

Harry Lerner built his businesses through self-sufficiency. He started Muscle Bound Bindery Inc. in 1967 and purchased Interface Graphics Inc. in 1994 to support a fully integrated and independent publishing operation. Today Lerner Publishing Group has about 200 employees and more than 3,500 titles in print. In 2009, Harry chronicled his journey in publishing in his memoir Tenacity Well Directed: The Inside Story of How a Publishing House Was Created and Became a Sleeping Giant in Its Field—Well, Not Exactly. 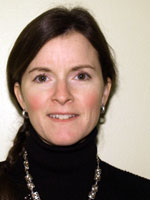 Prior to joining Lerner Publishing Group in 1999 as vice president and chief financial officer, Thomas worked in retail merchandising and public accounting. She holds a Master of Business Administration degree from the University of St. Thomas and a Bachelor of Science degree in business from the University of Minnesota. 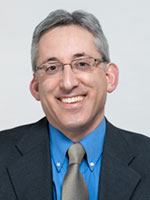 David Wexler, executive vice president of sales, is responsible for increasing business in new and existing channels. He also contributes to the overall strategic plan of the company and directs the sales personnel in directions coinciding with sales & publishing plans.

In addition, Wexler oversees Lerner Publisher Services, the only US distributor for top independent publishers focused exclusively on children’s books.

Prior to joining Lerner Publishing Group in 1996 as Sales Director, Wexler was Associate Publisher at Chronimed Publishing and Publicity and Advertising Manager at Meadowbrook Press. 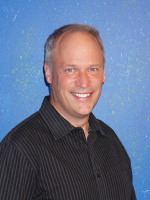 Mark Budde, executive vice president of operations, is responsible for overseeing all manufacturing, production, and operations for Lerner Publishing Group. He is also responsible for fulfillment processes and customer service functions.

Prior to joining Lerner Publishing Group, Budde served as vice president at Miratec Systems. With more than 25 years in the printing and publishing industries, Budde has also had roles at the Chicago Tribune, Augsburg Fortress, Best Buy, and Questar Assessment.

Andy Cummings is Executive Vice President and Editor-in-Chief for Lerner Publishing Group in Minneapolis. He manages the Lerner Content Team, which includes Editorial, Design, PreMedia, and Digital teams. Prior to Lerner, Andy was VP & Publisher for the Dummies brand at John Wiley & Sons where his team developed a global market-leading program on technology topics. Andy has an undergraduate degree from Northwestern University and a graduate degree from the University of Missouri.