Hidden History: Pulling Back the Curtain on Marginalized Groups of the Past and Present

Are you looking for books that cover topics that have historically been hidden, covered up, or outright denied? Join creators Lee Wind, Paula Yoo, Don Tate, Natasha Donovan and Annette Bay Pimentel as they discuss recent publications covering LGBTQ history, violence against Asian Americans, how Black History Month came to be, lesser-known African American and Native American heroes, and disability rights activists. From picture books to young adult titles, more and more books are pulling back the curtain and bringing these stories to light.

This powerhouse panel covers:
1. How to find hidden history to present to young readers
2. How to help readers understand that history is broader than what textbooks and popular media portray
3. Great examples of books for kids that bring hidden history to life, including a crowd-source booklist from our esteemed panelists and webinar attendees
4. How to evaluate your collection to make sure you have these books available

Register below to watch an archived recording of the webinar. 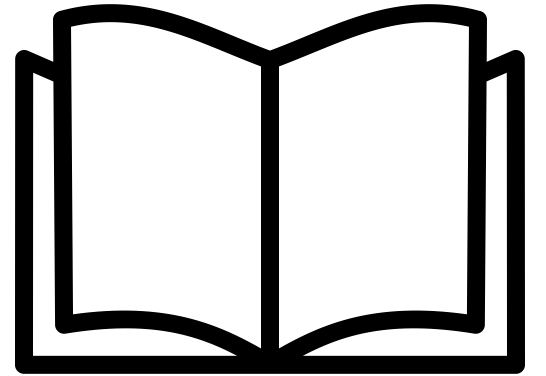 View a downloadable spreadsheet of the recommended titles suggested by our panelists and suggestions from viewers. 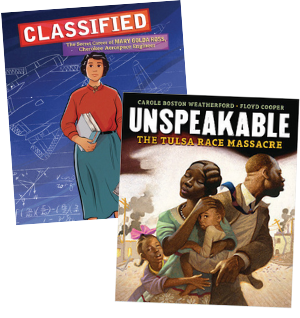 Download free teaching guides for No Way, The Were Gay?, Classified: The Secret Career of Mary Golda Ross, Cherokee Aerospace Engineer and Unspeakable: The Tulsa Race Massacre. The guides include discussion questions, activities, additional resources, and more ideas perfect for using these picture books to spark discussion with older readers in your classroom or library.

Download the No Way, They Were Gay? Teaching Guide >

Paula Yoo is a book author, screenwriter, and musician. Her latest YA non-fiction book, From a Whisper to a Rallying Cry: The Killing of Vincent Chin and the Trial that Galvanized the Asian American Movement (Norton Young Readers), is a Junior Library Guild Gold Standard Selection and has received 5 *Starred reviews from Kirkus Reviews, ALA/Booklist, Horn Book, Publishers Weekly and School Library Journal. Website: https://paulayoo.com.


Lee Wind is the founding blogger and publisher of I’m Here. I’m Queer. What The Hell Do I Read?, an award-winning website about books, culture, and empowerment for Lesbian, Gay, Bi, Trans, Questioning and Queer youth, and their Allies. He is the author of No Way, They Were Gay?: Hidden Lives and Secret Loves, a Junior Library Guild Gold Standard Selection. Lee also works for IBPA and SCBWI. Visit him online at www.leewind.org to see and share how #QueerHistoryIsEverywhere.


Don Tate is an award-winning author, and the illustrator of numerous critically acclaimed books for children. He is also one of the founding hosts of the blog The Brown Bookshelf – a blog designed to push awareness of the myriad of African American voices writing for young readers, with book reviews, author and illustrator interviews. Don frequently speaks at schools, public libraries and writing conferences, and participates in book festivals.


Natasha Donovan is the illustrator of the award-winning Mothers of Xsan series (written by Brett Huson). She also illustrated the graphic novel Surviving the City (written by Tasha Spillett), which won a Manitoba Book Award and received an American Indian Youth Literature Award (AIYLA) honor. Natasha is Métis, and spent her early life in Vancouver, British Columbia. Although she moved to the United States to marry a mathematician, she prefers to keep her own calculations to the world of color and line. She lives in Washington. www.natashadonovan.com


Annette Bay Pimentel writes nonfiction books for kids about the people and ideas that have shaped our world. Annette’s picture book biography All the Way to the Top: How One Girl’s Fight for Americans with Disabilities Changed Everything (Sourcebooks: 2020), written in cooperation with Jennifer Keelan-Chaffins, won a Schneider Family Book Honor from the American Library Association and both it and Girl Running (Penguin: 2018) were Junior Library Guild Selections. Mountain Chef: How One Man Lost His Groceries, Changed His Plans, and Helped Cook Up the National Park Service (Charlesbridge: 2016) won the National Council of Social Studies’ Carter G. Woodson Award. Her books have appeared on many states’ young readers’ award lists. She lives in Moscow, Idaho.

Subscribe to one or more of our newsletters to hear about future webinars, new releases, reviews, giveaways, and more! 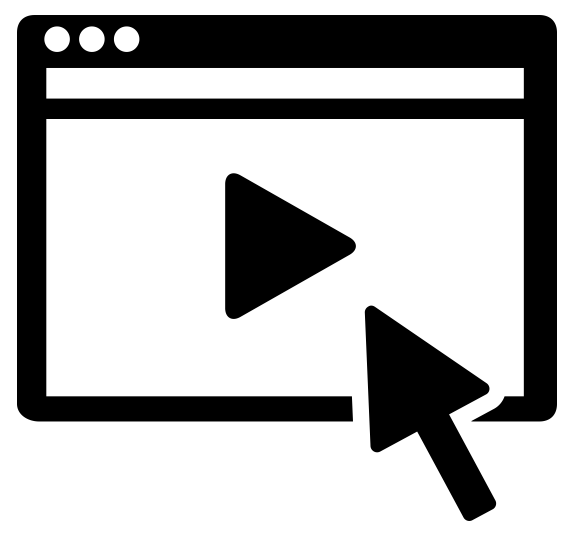